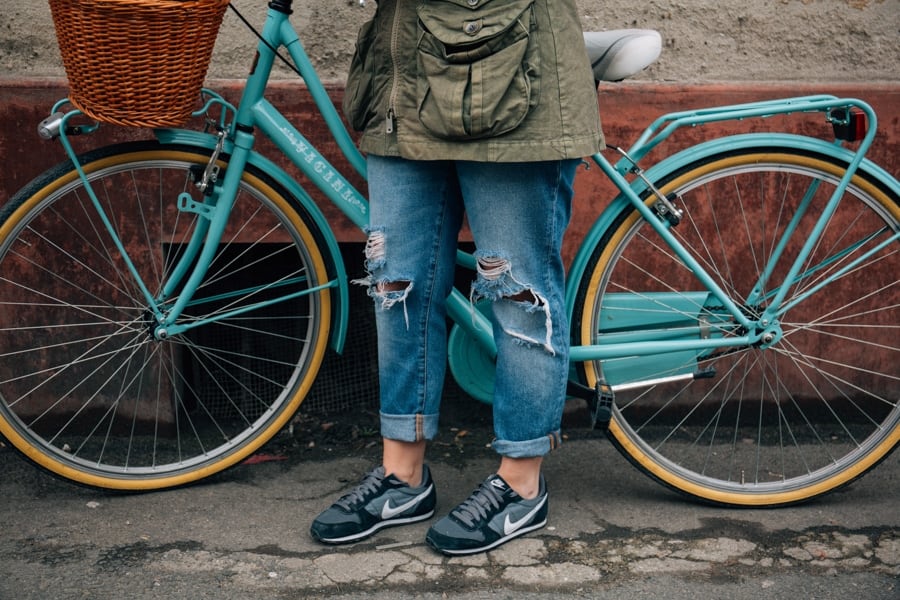 On the surface, frugality and minimalism appear to be close relatives. Spending less and buying less go hand in hand. At least so I thought.

It wasn’t until I started researching frugal living that I realised that these two ideas could be at odds.

In this post, I will share why frugal living poses problems for those looking to live with less. At the same time, there are some areas where frugal living amplifies minimalism.

Before we look at the challenges and benefits, defining the frugal mindset and the minimalist mindset is important.

What does frugal living mean?

Frugality is the process of being sparing, thrifty, prudent or economical in the consumption of consumable resources such as food, time or money, and avoiding waste, lavishness or extravagance.

What does minimalism mean?

Minimalism is the process of eliminating the non-essentials in your life, so you can focus on the things that add value.

A minimalist is not necessarily concerned about the cost of something, as long as it adds value. Simultaneously, frugality is more concerned about reducing and avoiding costs to focus on the long-term.

Read more: What is a Minimalist Lifestyle? (And What it’s Not)

Let’s have a closer look at the challenges of being a frugal minimalist.

Holding onto things that no longer add value

Someone frugal is motivated to retain the things they currently own instead of buying new things. This is an excellent mindset to have, especially when it comes to reducing waste.

However, the retention of things risks promoting clutter which is a minimalists nightmare.

There are two thoughts here. And trust me, this is something my wife Maša and I discuss all the time.

One thought is a frugal person will merely hang onto everything they have, even if certain items add no short-term value.

For example, you might hang on to a tool you haven’t used for five years to avoid rebuying the same thing in the future, just in case you need it. Conversely, a minimalist would likely get rid of that tool and not look back.

Another thought I like about frugal living is the motivation to repair things you own instead of buying new ones. For example, repairing your shoes instead of buying a new pair, thus creating less waste and resources. A minimalist may discard the worn shoes and invest in a new pair.

However, the challenge with this approach is that you either need to acquire skills to repair things or pay someone else to do it, which might not be worth doing in the end.

A friend was quoted $80 to repair her boots! In this instance, the cost to repair the shoes was more than the cost to buy a new pair of boots.

It makes me wonder why there aren’t more services that fix products. This also shows customers that brands are confident in their products’ durability as they encourage you to repair them.

Being economical and frugal often means being motivated by bargains. Those who are frugal are thinking about the long-term and may be tempted to buy things just because it’s a good deal and is likely to use the item in the future.

A brief history of promotions

According to Time Magazine, Atlanta businessman Asa Candler had an invention that transformed Coca-Cola from an insignificant tonic into a market-dominating drink. His hand-written tickets offered customers a free glass of Coca-Cola.

As demonstrated by Coca-Cola’s success, a discount is an incredibly creative and compelling way to sell products.

Whether it’s saving coupons for Pizza deals or waiting for Boxing Day mega-sales, we are conditioned to look for better prices.

And this is not to say that sales are a bad thing when it comes to minimalism. I love a good deal as much as the next person. After all, we’re talking about saving hard-earned cash.

My issue with sales is the power it holds over us as consumers. Sales encourage us to buy more than what we need.

Another mindset of bargain hunting is accepting things for free.

Your best friend has only worn her shoes twice, they’re in perfect condition, and she offers them to you for free. You don’t need more shoes, but you happen to have the same shoe size. What do you do?

You’re part of multiple buy, sell and swap Facebook groups. You get a notification on your phone from someone in your zip code offering a free 32 inch Smart TV. Enticing, isn’t it?

We’re faced with these kinds of decisions all the time, and it’s always tempting to say yes. I know what’s going through your head:

“I don’t want to disrespect someone who’s being so generous”.

“It would be a shame if it went to waste”.

“Maybe I can use it sometime in the future?”

“That’s not what I wanted, but I can always re-gift it.”

It’s in these moments where someone frugal will see these situations as opportunities, while a minimalist may easily resist understanding that they have no significant value for these offerings.

At the same time, I recognise that there’s a difference between being frugal and cheap. Cheap is more bottom-line focused, while frugal is more about avoiding unnecessary costs. In this context, frugal living draws similarities to minimalism.

While frugal living is great for reducing waste, shopping frugally can pose problems for mindful consumption.

Again, frugal consumption is mainly concerned with reducing costs. This generally means buying things which are very low in price.

Not always, but mostly, low-cost items are made cheaply. And the only way to achieve a low price at scale is to engage in unethical practices, whether it’s the avoidance of fair trade practices, unnatural ingredients and materials, and of course, exploitation of animals.

As minimalist, vegan shoppers, we’re mostly happy to spend money on higher cost items as long as it’s considered essential to us and the product is ethically made.

As a minimalist, your spending is driven by value. This includes spontaneous activities.

With frugal living being so focused on the discipline of short-term consumption, it limits opportunities to splurge sparingly.

Conversely, avoiding impulsive spending could be positive as there are many activities and experiences we can do that don’t involve money. So in that regard, I think the constraint of frugality is beneficial to challenge ourselves to get creative with how we spend our time.

Tips for being a frugal minimalist

Suppose the promotion applies to what we intended to purchase, great. However, if we’re getting pulled into something we didn’t plan on buying, you need to slow down.

A simple question to ask yourself before buying something is, “Did I plan to buy this item today?”

Now, of course, there’s going to be some exceptions to this question.

But with most other purchases, you can ask yourself whether you planned to buy it or not.

This is what it means to live with intentionality and purpose.

My wife and I plan our purchases through a shared wishlist using an app called TickTick. This is where we add all of the things we need to buy in the future.

As minimalist vegans, we can’t find a lot of what we want in local shops. Unfortunately, ethical materials are yet to hit the mainstream. So we do a lot of our shopping online.

We add links and comments to each item on our wishlist. Communicating back and forth in this manner challenges us to be rational with how we shop.

Then we plan and budget accordingly. We don’t wait for sales, but if we do happen to purchase an item on our wishlist that also happens to be on sale, we gladly accept it.

But we don’t proceed to add more items to our cart that weren’t planned merely because it was on sale. This is key.

The key takeaway here is to plan for what you want to buy in advance. Frugal living can feel like reactive consumerism based on opportunity, while minimalism is more proactive and intentional.

If you can apply a more methodical approach to consumerism while also using frugality principles to be resourceful with your things, this combination can make for an incredibly valuable perspective.

Do you consider yourself a frugal minimalist?

In the end, if you see frugal living as a means for being cheap, you’ll find that it’s in contradiction to minimalism.

But if you see frugal living as a necessary constraint to be mindful of how you spend your time and money, then it’s an incredible amplifier of minimalism.

How do you combine frugality and minimalism? Leave your thoughts in the comments below.