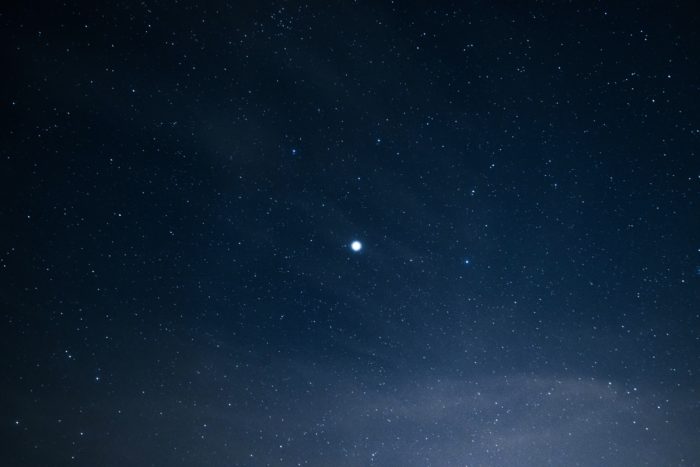 I’ve had an on-and-off relationship with goal setting. You have people like Leo Babauta that argue that goals are future-centric and set you up for disappointment while compromising the feeling of being present.

Then you have people like Tim Ferriss that argue that it’s hard to achieve anything meaningful without some clear direction or result in mind.

Check out the two discussing the very topic below.

In the end, it comes down to whatever works for you.

There is, however, another way to approach goal-setting, whether you’re a Type A go-getter or a free-spirited meditator, and that’s defining your north star.

According to EarthSky, the North Star or Pole Star—aka Polaris—is famous for holding nearly still in our sky while the entire northern sky moves around it.

Metaphorically speaking, your North Star is your personal mission statement. It’s a fixed destination that you can depend on in your life as the world changes around you.

For example, Gary Vaynerchuk has a goal of one day owning the New York Jets. This has been a lifetime dream of his and he cares deeply about it. Now his actions day-to-day are geared towards this specific goal. Whether it’s a new partnership, letting go of staff or starting a new venture, his decisions trickle down from his north star.

Gary is not alone in this example.

Michelle Obama is dedicated to solving the challenge of childhood obesity within a generation so that children born today will grow up healthier and able to pursue their dreams.

Mark Zuckerberg wants to connect the world and Facebook is his vehicle to achieve that goal.

Nelson Mandela’s mission was to liberate all people from the continuing bondage of poverty, suffering, gender and other discrimination.

Our north star is to inspire millions to live a minimalist, vegan lifestyle. This blog is the stepping stone towards reaching this goal.

Achieving your north star is not the point.

Don’t get to hung up on reaching your goal. The whole point of your north star is to help you make informed decisions today. Be content with your progress, knowing that you’re one step closer towards your mission.

Can your north star change?

Over time you may find that your north star will evolve as you evolve. That’s completely fine. You may experience something that pushes you in a different direction.

You may also reach your goal, which means it’s time to set a new mission. This could mean an extension of your current goal or a new one altogether.

Is having a north star for everyone?

“There is no passion to be found playing small – in settling for a life that is less than the one you are capable of living.” – Nelson Mandela

I believe everyone was put on this earth for a reason. Does that mean you need to solve all of the problems of the world? No.

Having said that, way too many of us are stuck in groundhog day, and defining your north star could be a way out of it.

So, what’s your north star?

Is it being the best mother you can be?

Is it providing fresh water to the world?

Is it empowering children with disabilities?

Is it living a simple life?

Be courageous and share your north star in the comments below. Putting it out in the universe could be the thing you need to kickstart your journey.