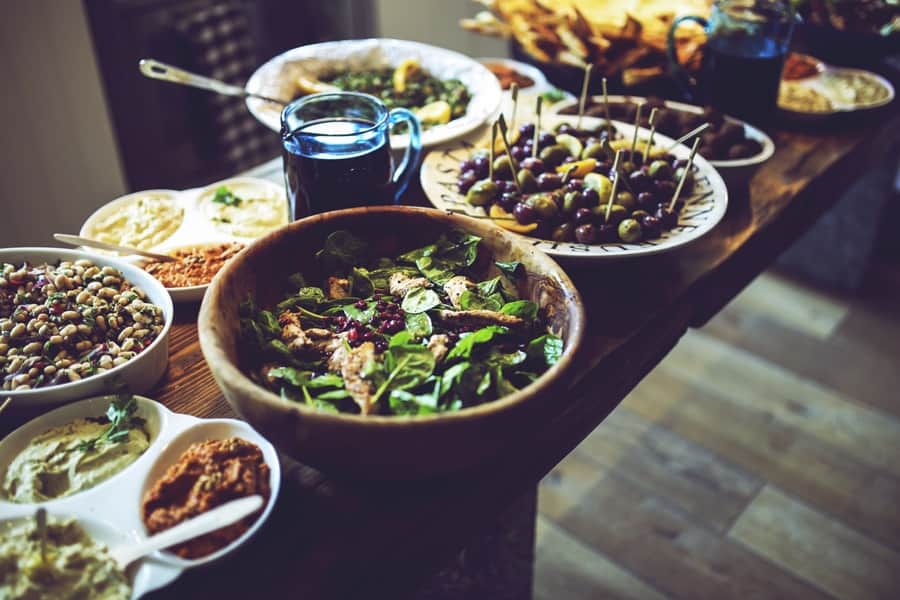 Note: This is a guest post by Bob Hand, a blogger from Boise, Idaho. He studied at the University of South Carolina and keeps a pulse on current issues in animal rights and education. His hobbies include reading and collecting vinyl records.

It’s one of the most distressing parts of daily life for new vegans: learning how to respond to friends and family when they discover you are a vegan.

Some friends invited you out to hang out at the local barbecue joint. Or your extended family wants to have a celebratory ham-roasting, a turkey-carving reunion for the holidays.

How can you navigate these delicate social situations? How should you react when you are the only vegan at the table? This can be a serious challenge for those transitioning to veganism.

Humankind is tribal in nature. If some component of your identity sets you apart from the rest of the tribe, such as choosing a vegan lifestyle, you can be (perhaps unconsciously) perceived as a threat.

If friends or family begin mocking you at the table, keep in mind that their response is, if not reasonable, at least natural. Don’t interpret jokes or pithy comments as a personal attack; after all, if anyone else at the table adopted veganism, they would likely be subjected to the same chiding.

If one person at a table of five is a vegan, she is a pariah. If two people insist on only eating plant-based foods, they may receive the occasional question or remark. Then if three of them refuse to eat any food produced through the suffering of animals, they constitute the new norm.

In all interactions, your goal should be to plant a seed. If you can open others’ minds to veganism, your impact on animal welfare in the world can grow exponentially.

So how should you respond to condescending comments about poor nutrition, jokes about the absurdity of animal rights, and whether or not you have true conviction in your beliefs? Here are some tips on how to respond:

Nutrition – “But Where Do You Get Your Protein?”

One of the most common criticisms of vegan diets is that they are not viable in the long term. While this has been thoroughly debunked, this misconception has proven to be a thorn in many a vegan’s side.

When it comes to getting enough protein, for example, many varieties of beans and legumes have enough protein to sustain a healthy diet. Nevertheless, keep in mind that arguments based on nutrition are coming from a place of concern, even if they aren’t phrased in the kindest way.

While eating out, vegans are often limited to specific items on the menu, and they may have to subsist on side entrees. This can give off the wrong impression: that we are incapable of having a balanced meal.

Ironically, outsiders are generally unaware of the plethora of options that vegans have. Generally speaking, people in modern societies don’t have a very biodiverse diet. Indeed, of the 30,000 species of edible plants on Earth, the average person only eats about a dozen.

Without getting too preachy, open the eyes of your tablemates by taking some time to discuss some of your favourite meals.

However, don’t take this time to extol the nutritional benefits of veganism in an attempt to convert others. Keep in mind that people are hesitant to accept nutritional advice — even if it’s from established dietary experts.

In fact, as noted in an article by Bradley University, 59 per cent of the population is willing to accept such advice from an expert at a pharmacy, and only 41 per cent is willing to consider suggestions from fitness experts seriously.

Given these statistics, what chances do you have of persuading friend or family member?

What you can do, however, is give evidence to prove that veganism is viable.

You shouldn’t aim to convince others that your diet is better than theirs (even if it is), but try to dispel the myth that it is unhealthy. By demonstrating that vegans can realistically maintain a balanced diet, you can nip these comments in the bud. 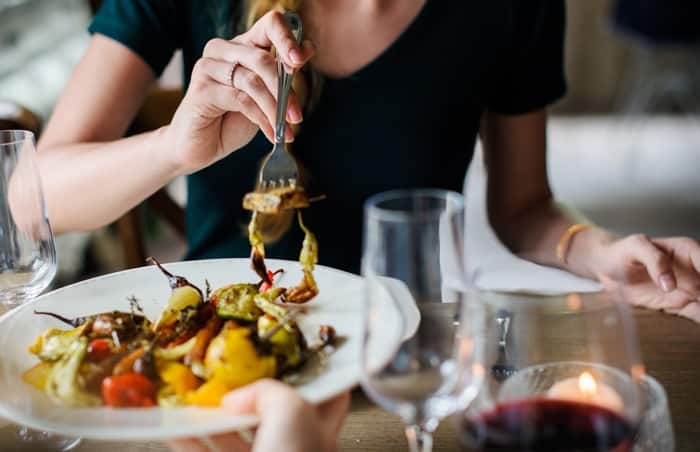 Humans have eaten meat for many millennia. It has shaped traditions, affected the ecology of the world, and has even changed the way we evolved as a species.

Modern omnivores use this history as a justification for the continued consumption of meat as a species. “Because we have historically eaten meat,” they reason, “eating meat is natural.”

Countless pro-vegan think pieces contradict this argument with statements that we did not evolve to eat meat, but this argument is verifiably false, as noted in science journal Nature.

Alright, then. Score one for the omnivores at the table. But the question of whether or not eating meat is “natural” is entirely moot.

The simple fact is that we don’t need meat to thrive today. Humans no longer have any biological need to consume meat. Our forebears killed and ate animals out of necessity.

When we order and consume a cheeseburger or a steak, we are doing so entirely for pleasure. And causing another living being harm for our pleasure is a perverse act, a transgression against core, shared principles. With this perspective in mind, veganism is an obvious resolution to an ethical inconsistency.

However, getting into this discussion over dinner will not likely bear fruit. Simply put, it is easier to simply state that you don’t need to eat meat because our ancestors did.

Without getting confrontational, make a joke out of it: Mankind used to make bowls out of skulls of the dead and administer morphine to upset babies — so should we continue those traditions as well?

Questioning Your Conviction: “When Will This Phase Be Over?”

As irritating as it may seem, there are legitimate reasons why friends and family might assume that your lifestyle choice is a simple phase. Unfortunately, many vegetarians and vegans eventually make the switch back to eating meat.

Nevertheless, this can be a frustrating experience; it can feel as though your very identity is on trial — that you are being dared by someone who is more focused on the schadenfreude they’ll get out of the inevitable “I told ya so’s” than truly supporting you.

If you want a reasonable response to this question, offer some information about how quickly this “phase” is growing on a worldwide scale.

Millennials, in particular, are adopting veganism like no previous generation; in fact, of the 79.8 million millennials in the U.S., nearly 10 million consider themselves to be either vegetarian or vegan.

As they continue to gain a stronger voice in the workplace and the market, you can be sure that their demand for vegan alternatives will be met. Global brands have even gone local by offering plant-based alternatives in areas with high populations of vegan and vegetarian customers, such as McDonald’s offering more vegetarian-friendly options in India.

You may be part of a small minority in your local community, but you are a part of an international movement.

Don’t let others drag you down. Express your sincere belief in the importance of veganism, as well as what it means to you personally. If some continue to chide you, ignore them; when someone is more concerned about whether or not you “fit in with the tribe” than understanding you and your beliefs, they aren’t someone you need to worry about too much anyway.

Vegans are often thought of as rude and arrogant. Don’t support these stereotypes by handling these social situations in the wrong way.

Demonstrate compassion and explain your reasoning; find the humanity in those whose opinions differ from your own. Who knows? With enough understanding and tact, you could be the spark of change in your own social circle.