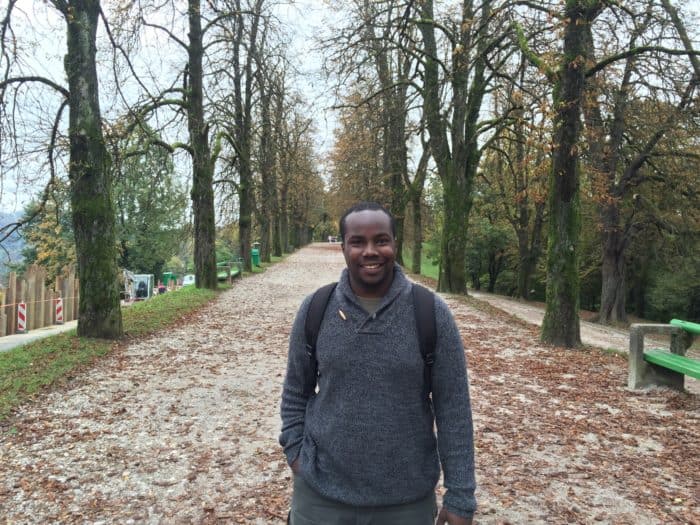 “If being a vegan is so good, why is Michael still fat?” My mother asked my wife. And so began my journey of dealing with what it mans to be an overweight vegan.

This right here, ladies and gentleman, is the question. It’s the question that pushes culture towards or away veganism, rightly or wrongly.

Lot’s to unpack in this post. Let’s start at the beginning.

I was five weeks premature when I came out of my mum’s womb. Her birthing experience with me was life-threatening and traumatic for both of us.

In the end, I made it into this world, weighing in at 2.5kgs.

Thankfully, I was healthy, with a few hiccups including a little right thumb, one kidney and significantly pigeon-toed.

Despite these minor setbacks, I was a breeze of a baby. I slept regularly, I was happy all of the time, and most of all, I was a massive eater.

It’s like I came into existence wanting to make up for being slightly underdeveloped. I ate and ate and ate.

Within months, I transformed from an underweight baby to a chubby eating machine.

Besides overeating, together with my sister, we have the fat gene from my mother’s side of the family. It’s interesting though because the gene seems to target about 70% of people on my mum’s side.

My youngest Uncle and late Auntie have always been skinny. And basically, my whole dad’s side is thin, excusing their incredibly round beer bellies. 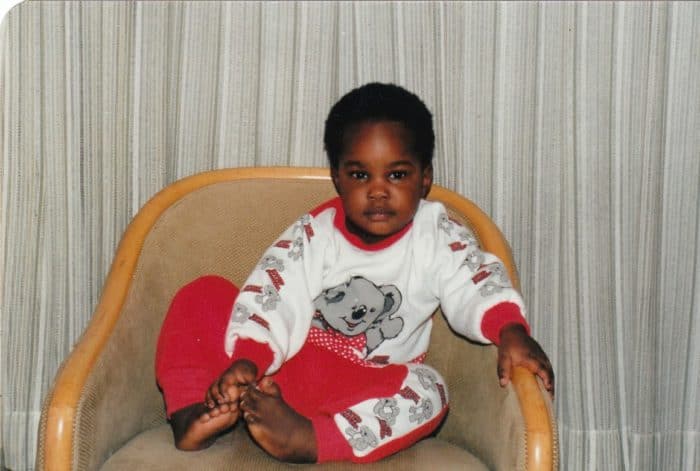 And so my weight troubles began

I went all the way through elementary school overweight, again eating, playing and sleeping, staying true to my personality. I was an incredibly active child, constantly moving.

In grade three, my brother introduced me to basketball, and I quickly became obsessed. Through the sheer hours dedicated to the sport, I maintained a relatively stable weight, until I hit puberty in grade 7.

In high school, I had a growth spurt and leaned out. I went on to have a five-year run as a bonafide basketball athlete. Well, I still ate a ton, but my output was so extreme that the food I ate had no impact. I would just burn it off.

Note: throughout this whole time, I ate like shit. I drank soft drinks, ate meat pies and loved chicken satay. At home, I ate pasta, rice, African soul food at scale. And since a young child, I saw my brother put honey and peanut butter on bread and chase it down with a hot cup of milo.

The first time I had this combination, it changed my world! I iterated on this complex recipe, only opting to eat crunchy peanut butter (I mean, who eats smooth?) together with the honey. I would then proceed to fold my incredibly processed white bread and dip it into a hot cup of milo which had added brown sugar (because I’m crazy). 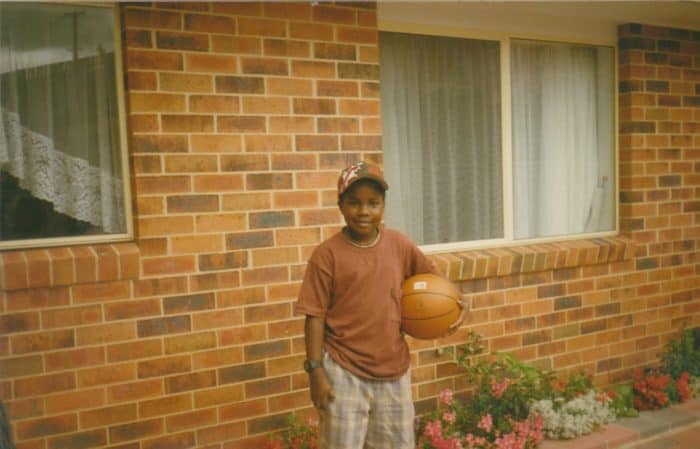 My lean days came to an end

So I was a dedicated athlete through till grade twelve, then I went on a holiday to Ghana for six weeks, and that’s when everything changed.

This was my first trip to Ghana since I was a baby, so my relatives were on a mission to welcome me with obscene amounts of food. As you know by now, I’m a big eater, so I embraced this challenge of traditional Ghanaian food with grace. And of course, I didn’t want to be disrespectful to my family who expressed their love through food (so I told myself).

The problem was while I was consuming all of this food, I wasn’t exercising. For anyone who has travelled for an extended period, you know how hard it is to exercise when you’re so deep in holiday mode.

I think I went for one run and one gym session over six weeks in my dad’s hometown in Ghana.

During this time, I started to pack on weight, and by the time I got back to Australia, it was an uphill battle.

I thought I would lose weight when I became vegan

Since I was 18, I’ve progressively gotten fatter. While I was still active, I never ate well, and this combined with my fat gene became a real struggle.

Four years ago, I became vegan overnight for ethical reasons, first and foremost. But after seeing so many weight loss stories online after people became vegan, I would be lying if I didn’t think that I would lose a couple of extra kilos when I became vegan.

On top of that, Maša has always cooked healthy food with the best organic ingredients, vegan or not. So it’s not like I was a junk food vegan although I do like my fair share of vegan burgers, pizza’s and curries when I get the chance.

But as months went by, my weight stayed the same. There was no “fat just started falling off me” story. Internally, I did feel a little bit better. I’ve always been an energy-rich guy, so there were no changes on that front. But I did experience much better digestion.

Admittedly, my results were disappointing, but I was so motivated by saving animals that my weight wasn’t a significant factor. But in a way, it’s this point that has created internal friction.

I should mention that if done correctly, a plant-based diet can do wonders for your health. But vegan or not, the fundamentals of good nutrition apply. So please make sure you have the right expectations about a vegan lifestyle before you begin.

The pressure of representing the animals as an overweight vegan

First of all, I’m human. So, of course, I would like to feel better about how my body looks. But in all honesty, I’ve found relative peace with who I am and how I look. At the end of the day, I’m healthy and energetic, and that’s more than what I could ask for.

Where things become incredibly hard for me is how there’s added pressure for vegans to look super healthy.

Despite my best efforts to talk about the devastation of animal oppression, many folks are not interested in supporting the results for someone outside of themselves. They want to know what’s in it for them when it comes to veganism.

People are so focused on how they look and they associate the success of veganism with appearance. And quite frankly, I don’t blame them. When vegans position veganism as the best lifestyle for health, weight loss, clear skin, better energy, then that’s what we’ll be judged on.

Now, I don’t have a problem with using the body as the ultimate sales pitch for veganism. Over the years, marketing vegan body transformations have been beneficial to get people on the lifestyle.

Typically those who are plant-based, see their support for the animal industry as a by-product of their health decisions. And that’s totally okay. More animals are saved, I’ll take that!

The importance of messaging

The reality remains that people are going to judge the success of veganism based on how you look. There are a couple of ways I’ve chosen to look at this.

Firstly, I think anyone showing interest in your vegan values is positive. I try to speak to the reasons I became vegan, which are based on avoiding the harm of animals.

I’m quite upfront with them when it comes to health. I tell people that I didn’t transition to veganism for health reasons, but I’ve come to understand some benefits. This is when I’ll refer to high-performance vegan athletes.

This approach enables me to control the narrative of the conversation. Now inevitably, someone who is motivated by how they look will take one look at you, and discredit your reasons for going vegan. Despite there being many more overweight omnivores in the world.

The other thing to consider is being real with ourselves. Despite having the fat gene, I know I could lose weight if I really put time and effort into it. And being externally motivated on aesthetic is okay…sometimes.

For me, it’s not being driven to have this out of this world chiselled body. My motivation would be to represent the billions of animals slaughtered each year.

In my books, this is not a bad motivation at all, and maybe one you resonate with.

Overweight vegans around the world

Do you feel the pressure of being an overweight vegan? By the way, this pressure doesn’t just exist with weight. It’s true for your overall health. If you’re always sick, then people will think that a vegan diet makes you weak. If you have bad skin, then people think a vegan diet will make you break out.

These are real human judgements vegans are experiencing with people every day. I don’t write this to make you feel the pressure. I write it to empower all of us to be confident in who we are and to redirect people away from their own needs and inspire them to be selfless.

We owe it to ourselves, and more importantly, we owe it to the animals. 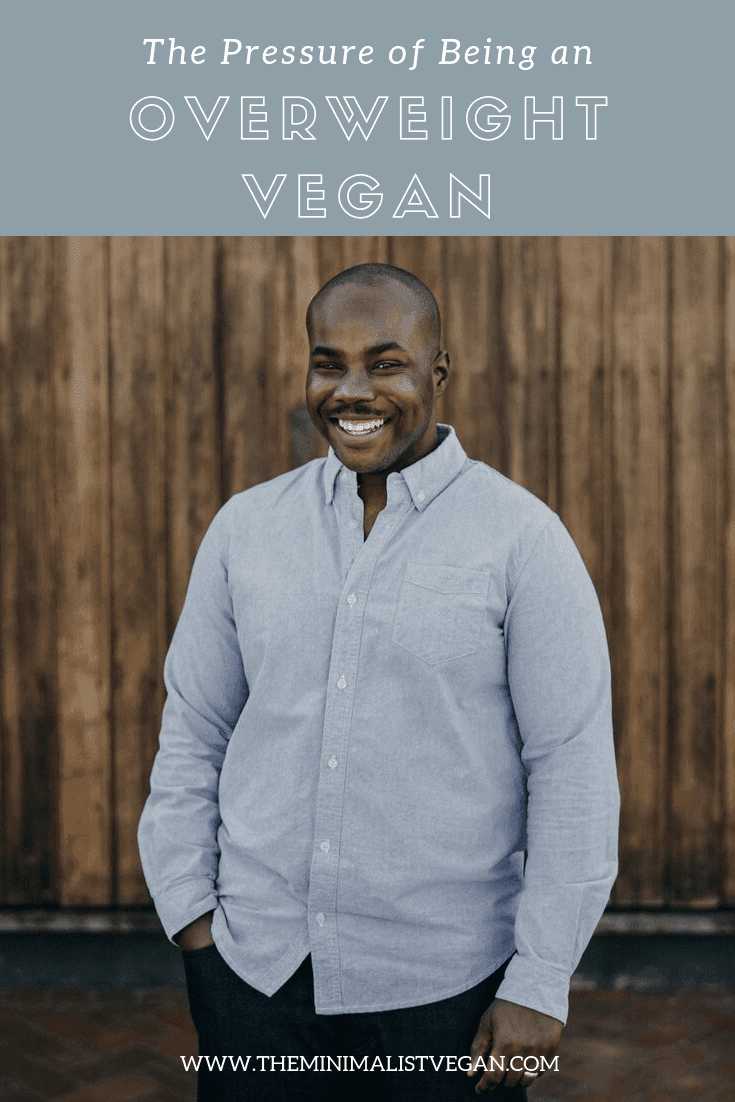