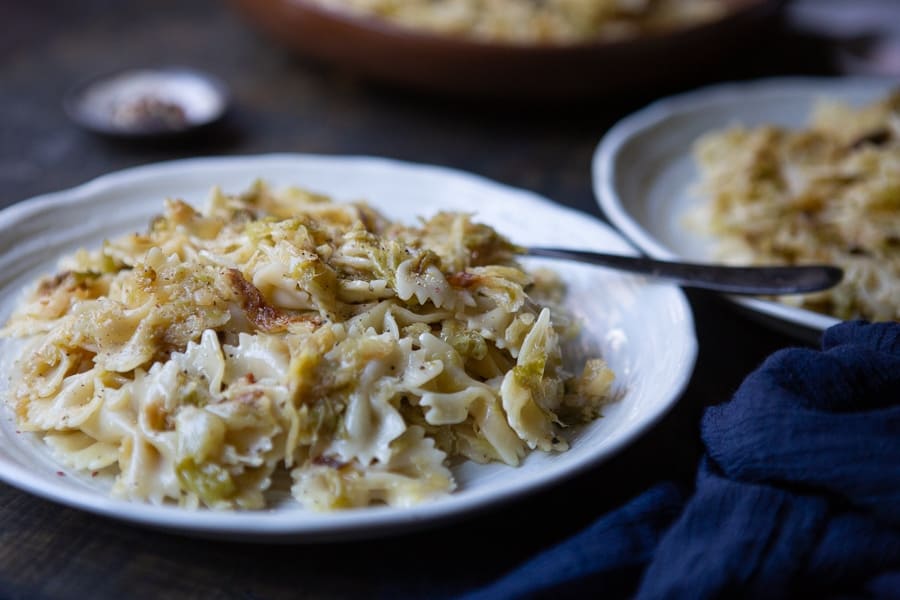 Cabbage pasta is a dish that I’ve grown up eating. My dad is the one that mainly makes it.

He’s always been a bit heavy-handed on the oil and salt, but the flavour from his food is great, of course. It’s fun watching him cook as he does it with such passion and enthusiasm.

Doesn’t happen too often these days, but I always look forward to when he cooks.

When I first decided to share this recipe, I was thinking about all the potential benefits of this cabbage pasta recipe.

The one that kept coming up time and time again is how cheap this meal is. If you don’t have much money and need to feed lots of mouths, this is the perfect dish.

This 3-ingredient cabbage pasta can also be a quick recipe if you don’t cook the cabbage down as much as I do.

If you’re short on time, It can be done in around 20 minutes. I like to cook it longer to extract more flavour and get some caramelisation happening.

I wanted to show you what the cabbage looks like as it’s slowly cooking down in its own water, the salt helps with this process. The photo above was done partway through the second phase of cooking. It still needed around 20 minutes to cook down.

I cut the cabbage roughly so that it still has some substance as it cooks down. If you cut it into thinner strips, it will be more stringy and get lost. It will still taste great; it just depends on the texture you’d like to achieve.

What’s the difference between braised and sauteed cabbage?

When you braise the cabbage, you cook it for a longer period over a lower heat. This can be done in the oven or a crockpot for many hours. I’d do this with larger slices/pieces of cabbage.

Can you use different types of cabbage in this pasta dish?

Yes, you sure can! It won’t taste the same, but if you only have a red cabbage in your fridge, use that instead. It will be sweeter than the green cabbage.

Besides the green and red cabbage varieties, the dish will be very different. I would stick to these two to get similar or the same results as this recipe. 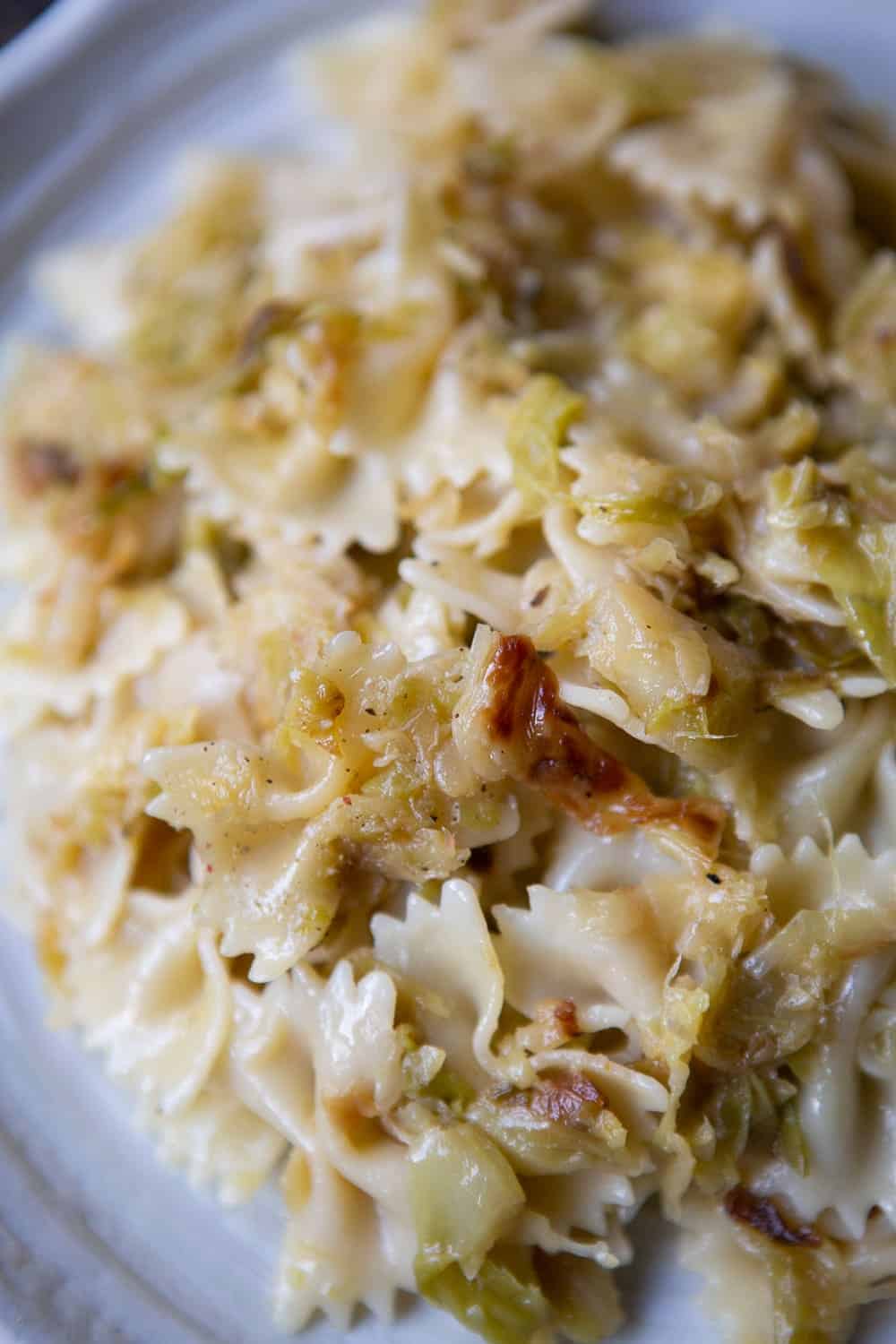 Cabbage pasta is quite a well-known dish in the Eastern part of Europe. There are a few different varieties, but this is how it’s done where I’m from.

I sometimes make it starting with some oil and then saute a diced onion before adding the cabbage and salt.

I used the more traditional method for this recipe as it’s easier to make. And as you know, only requires the 3-ingredients.

Why I love cabbage pasta so much.

If these photos don’t do it justice and aren’t convincing, I want to assure you that the flavour is amazing and that it will quickly become a staple in your home as it has mine.

I always buy a large cabbage when I go to the weekly farmer’s market and have it as a backup meal when I’m feeling lazy and tired.

Even though I’ve chosen the farfalle (aka bow tie) pasta, you can use anything you like. I’ve made it many times before with penne, spaghetti or fettuccine.

You can also make it with gluten-free pasta if you are gluten sensitive.

*You can use olive oil, sunflower oil, rice bran oil, vegetable oil, canola oil or grapeseed oil. I use the latter.