Have you ever considered that all the plastic that has ever been created on this planet since its existence in the 50s is still here today? Let that sink in for a minute…

The idea of throwing something away is a puzzling concept.

Julia Lorraine (aka “Butterfly”) Hill, an environmental activist raises some interesting concepts. Where is away? When you think about it, there’s really no such thing.

Where “away” is, is typically a battle for social and environmental issues. No one on the receiving end of the ‘away’ benefits. The disadvantaged communities living in rubbish, the sea and land animals that die from consumption or entrapment of plastic, and the environment that pays the price for our convenience.

Away for people is out of sight, out of mind. It’s not my problem; someone else can deal with it. Who is that someone else? Why are we not individually held responsible for what we do?

It’s not only the aftermath that has a detrimental impact. All the plastic bottles, bags, takeaway containers, straws, food packaging, is made out of the fossil fuel that is being dug up in places like Colombia, Alaska, Africa, Ecuador, and countless others.

“Nothing lasts forever. Except Plastic.” Anonymous

It takes up to 500 years for plastic to degrade. Talk about longevity! This isn’t in a good way though. Because once it starts to break down bit by bit, it begins to leach harmful chemicals into our land and oceans when no longer in use. However, even when we do use it, for example as a plastic bottle, it will leach harmful endocrine-disrupting chemicals into the water that we drink. Have you noticed that more and more brands are trying to avoid using plastic?

Plastic is simply unsustainable. For something to be created as a disposable, is saying that we are happy to be throwing the planet and all life on it away. As the word suggests, disposables are created to be used once and disposed of. Think about the amount of waste we create per flight, birthday party, Christmas, Halloween and any other holiday or party.

We don’t think an item that might be used for a few minutes will end up in landfill in a matter of days, taking hundreds of years to break down, with its own set of nasty side effects.

We have grown up in a world with a disposable culture. We have become so used to it that we don’t think twice about it. The way that we live has stated that we take it for granted and that we have lost connection to Mother Nature and what is around us.

We are showing ourselves and all life on this planet, that it doesn’t matter. We have turned waste into weapons of mass destruction. I simply have to go for a walk around my neighbourhood on rubbish collection day to witness how trash is slowly making its way into nature, and how overflowing everyone’s bins are after just one week! I might add that we live in a pretty beautiful, clean area.

Disposables aren’t the only problem

20 to 50 million metric tons of e-waste is discarded every single year, according to the United Nations. That is astounding! Our addiction to always want the latest and greatest comes at a price.

I’ve been using the same phone for over three years that was a hand-me-down. I’ve also had my laptop for almost a decade. I’ve been asked on multiple occasions why I don’t upgrade. I simply don’t need it.

Yes, it can be a little slow at times, but I would rather that then have to waste resources needing to pull it apart to be reused. Just start considering the afterlife of the product.

When it comes to toasters, kettles, microwaves, fridges, cameras, TV’s, and so many countless other electronics, they are made to “break” after a certain period so that you would upgrade – especially the former small appliances. New versions are always being released. I mean, does anyone need a TV inbuilt into their fridge?

E-waste also seems to be the last thing that we all dispose of because we never know if we’ll need it again, right? That spare TV you’ve held onto because you can’t sell it online and you feel like it’s such a waste because it’s still in perfect working condition so you don’t want to take it to the tip. I’m pretty sure we’ve all been there.

The devastating effects on the ocean

We have a chapter dedicated to this topic in our book. We’re passionate about spreading this message among others.

After watching the documentary “A Plastic Ocean”, it was made so clear that plastic is completely destroying not only the land but the ocean and all life that depends on it.

Birds are found dead because they mistakenly eat plastic thinking it was food floating on top of the ocean. Turtles getting trapped in old fishing lines that have been dumped by fisherman and not surviving because they can’t get out.

Besides the frustrating reality of the fishing industry and the amount of bycatch that’s happening every single day, plastic in our oceans is causing a great deal of pain.

One thing that has been around since the early 90s is garbage patches floating in the ocean. There are five islands spread around the world, but the largest one is situated between the coast of San Francisco and Hawaii. It weighs 88,000 tonnes—which is equivalent to 500 jumbo jets! It’s three times the size of France and contains 18 trillion pieces of plastic. That’s no small job to clean up.

Besides all the seen plastic that ends up in the ocean, there’s another hazardous type of plastic that is sweeping the seas called microbeads. Microbeads can be found in personal care products such as face cleansers and exfoliants, shaving gels and toothpaste.

These products are used in conjunction with water, therefore make their way down our waterways and eventually into our oceans. If not in the oceans, they end up in our drinking water.

One more reason to give up cheap, chemical-filled personal care products. With the use of products like toothpaste, we put the microbeads in our mouth—even if not swallowing, while we brush our teeth. These fine microbeads can be absorbed through our salivary glands (underneath our tongue), where the plastic particles go straight into our bloodstream. Scary stuff, I know. Why it hasn’t been banned all over the world is simply puzzling to me.

But there’s a way out

There’s change happening; the unfortunate thing is that it’s not happening fast enough. We’re still extracting fossil fuels at a much faster rate than it is being made—not to say that I think it’s a good idea, to begin with!

But there’s social consciousness happening when you look around. For me here in Canberra, Australia, I can see a lot of change. Not as much as I would like, but still more is being done than it was a decade ago. We need to be able to celebrate progress rather than always look for what is still wrong.

This is the only way that real change will happen. People will feel like they can make small, manageable changes that will make a more significant impact.

Here are some ideas to get you started if you haven’t already:

In the end, it’s up to each individual to contribute and make a change. It’s a collective effort. This is the only way that we as a global family will help future generations have a beautiful, nature-rich planet to enjoy. Every little bit counts!

What are you doing to help reduce plastic and waste that end up in landfill and our oceans? Share them in the comments below. 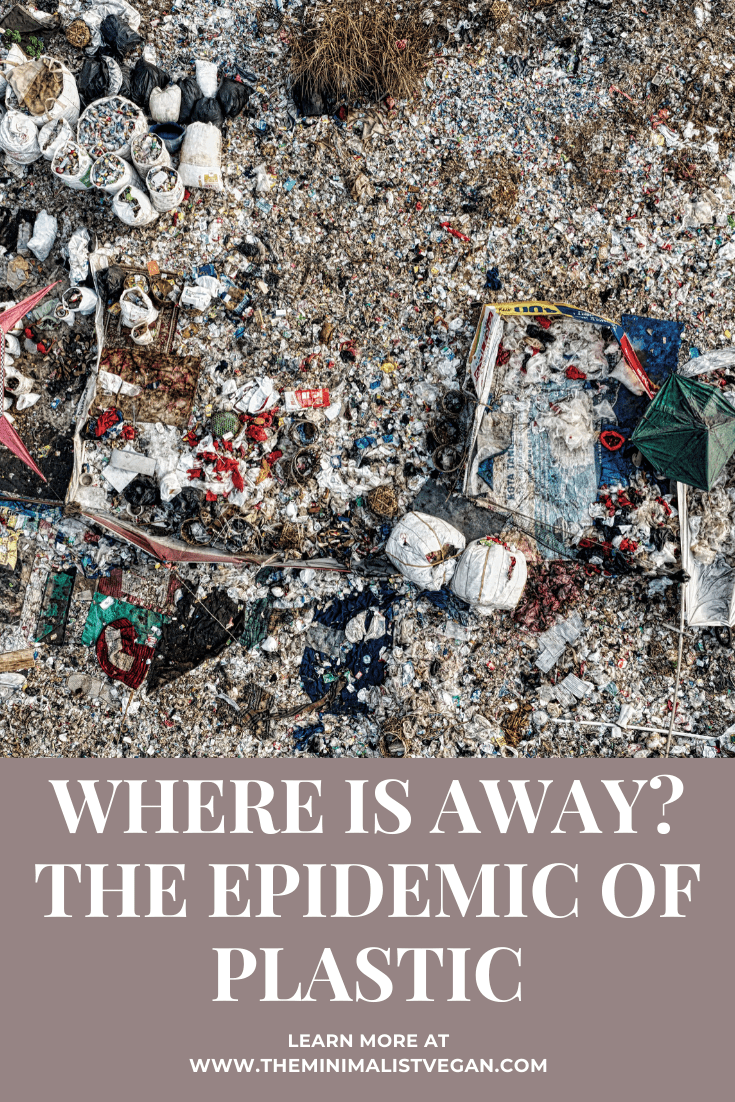