If you’re looking for ways to declutter your life, you may want to look to Japan. Japanese minimalism has been gaining popularity in the West in recent years, and for good reason.

Japanese minimalists have a unique approach to simplicity that can teach us how to live a more intentional lifestyle.

In this article, I share what I’ve learned about Japanese minimalism and 5 lessons we can learn from it.

What is Japanese minimalism? (Including examples)

Japanese minimalism is a concept that focuses on keeping life simple, clean, and uncluttered by living with just the essentials. It’s inspired by the aesthetic of Japan’s traditional Zen Buddhism and can be seen in many different facets of everyday life, from their architecture to fashion choices.

While I’ve never visited Japan (it’s at the top of my list), I’ve long been inspired by their efficient use of space, together with traditional customs that speak to the beauty of simplicity.

There’s a misconception that most Japanese people are minimalists, but this isn’t true. Like any nation, many people in Japan live conventionally, routinely influenced by materialism with lots of belongings and possessions. It’s hard to escape!

However, the minimalist mindset is in the DNA of the Japanese, especially before industrialization.

“Foreigners who came to Japan before our industrialization were shocked. While it might be hard to imagine today, most people owned perhaps two or three kimonos, always kept fresh and clean, as their entire wardrobe. They packed light, their legs were strong, and they could walk wherever they needed to go. Homes were simple structures that could quickly be rebuilt, and people didn’t tend to live in the same place all their lives. Japanese culture used to be a minimalist culture.”

It’s important not to confuse minimalism with frugality or poverty. A minimalist chooses only to consume what they really need, whereas a frugal person tries to save money by not spending it on unnecessary things. And a poor person may have few possessions because they can’t afford them.

Despite these challenges, some believe minimalism is worth pursuing in Japan. Let’s look at some examples.

Inspired by the explosive decluttering trend in Japan in 2009/2010 (thanks to the next person on this list) together with Steve Jobs and Andrew Hyde living with 15 things, Fumio Sasaki transformed his life through what many would consider extreme minimalism.

Living light with under 150 items, Fumio has mastered multipurpose products. For instance, he uses the same soap for:

Fumio attributes minimalism to transforming his life from depressing, drinking and gaming all the time to finding more meaning and purpose.

Marie Kondo is a Japanese minimalist and organizational consultant who has written several books on decluttering and simplifying your life.

Kondo’s approach to minimalism is based on the idea that if you surround yourself only with things that “spark joy,” you will be happier and more organized.

Her KonMari Method has become very popular in Japan, and her book The Life-Changing Magic of Tidying Up has been translated into several languages.

I was particularly intrigued by how Kondo folds her clothes to save space.

While her ideas may not be for everyone, I think it’s worth considering if our obsession with stuff makes us happy. It has certainly made me rethink how I live and my relationship with material things.

5 lessons we can learn from Japanese minimalism

Japanese minimalism is more than just a style of design or decor. It’s a lifestyle, a way of living that embraces simplicity and austerity. We can learn many lessons from Japanese minimalism, but here are 5 of the most important.

Wabi-sabi is a Japanese concept that encapsulates the beauty of imperfection and the transience of life. It embraces the idea that objects and experiences are more beautiful when flawed and that nothing lasts forever.

This can be seen in the way wabi-sabi aesthetics emphasise simplicity and minimalism and the use of natural materials like wood, stone, and metal.

Wabi-sabi is about accepting the natural cycle of life, death, and rebirth and finding beauty in the imperfections that come with it.

What can minimalists learn from wabi-sabi?

Wabi-sabi teaches us to find happiness in the small things and live in the present moment. By embracing these concepts, we can all become better minimalists. This translates to stripping back on over-stimulating our minds and taking the time to observe and appreciate everything around us — something I admittedly struggle with, no matter how little I own.

Ma is a Japanese concept that can be described as the space between things or the interval of time between two events. It’s the silence in a room or the pause between two sentences. Ma is what gives life to an environment and makes it more interesting. It’s the emptiness that allows us to appreciate the fullness of life.

Minimalism is all about eliminating the nonessential and embracing the essential. Ma is all about creating space and allowing for intervals of time to pass. They are two concepts that complement each other in a very harmonious way.

When you apply the concept of Ma to minimalism, it allows for a more streamlined and simplified lifestyle. It helps you focus on the most important things and fully appreciate them.

I’ve always resonated with the idea of using minimalism to create white space — whether that’s physically or through commitments and relationships.

Ma challenges me to find that white space in each moment without necessarily striving to engineer white space through minimalism — although it can certainly help.

Japan is a country that experiences regular earthquakes with a large population, which has had a significant impact on its interior design and modern architecture.

Because there are so many people living in such a small space, the need for efficient and functional design is vital. This has led to the development of many innovative and unique architectural designs and creative methods for organizing interior spaces.

One of the most well-known aspects of Japanese architecture is its use of natural materials. Wood, bamboo, and stone are all commonly used in construction due to their ability to create a sense of harmony with the surrounding environment. The use of natural materials also helps to keep buildings cool in summer and warm in winter.

Another common feature of Japanese architecture is the use of space. Rooms are often small and cramped — sometimes intentional — to create a feeling of intimacy and privacy.

And you’re probably familiar with how the Japanese maximize space in small apartments by using technology such as automated storage solutions, sliding doors and hidden rooms to create the illusion of space.

While circumstances influence these architectural principles, there’s a lot we can learn from living lightly flexibly while embracing small spaces.

For example, it’s common to sleep on a mattress then turn it into a couch during the day. This is because they don’t believe in having a separate bed and sofa.

And for those that want furniture, there’s a company in Japan called Muji that has created furniture for minimalist living. Their furniture is practical and modern, with chairs, tables, sofas, and desks available in oak or birch finishes. The concept behind this type of design is that it doesn’t distract from the Japanese interior style of minimalism.

Zen is a school of Mahayana Buddhism that originated in China during the Tang dynasty as Chan. From China, it spread to Korea, Japan, and Vietnam. Zen emphasizes sitting meditation, called zazen, and the use of koan (puzzles or riddles) to help students attain enlightenment.

Zen teaches that enlightenment comes when one sees things as they are, without the clouding influences of one’s ego.

When you think about it, the source of our materialistic desires usually is driven by our egos. We keep trying to feed our egos with more and more material goods, but we never seem to find true happiness in this process.

Minimalism is a great way to start clearing the clutter of our lives and make more space for what matters. By removing unnecessary material possessions from our lives, we can begin to focus on what’s truly important.

And once we’ve decluttered our physical space, we can work on decluttering our mental space as well by working on our mindfulness and meditation practices.

While cultural circumstances may influence the principles of Japanese minimalism, there are many lessons we can learn from them that can be applied in our own lives.

One of the most important aspects of minimalist living is removing unnecessary material possessions from our lives to declutter our physical space. This allows us more room for what matters and helps us focus on what’s truly important.

We can also work on decluttering our mental space by practising mindfulness and meditation. By doing so, we can begin to clear away the clutter of our thoughts and find peace and tranquillity in simplicity.

Which Japanese principle resonates with you the most? Let me know in the comments. 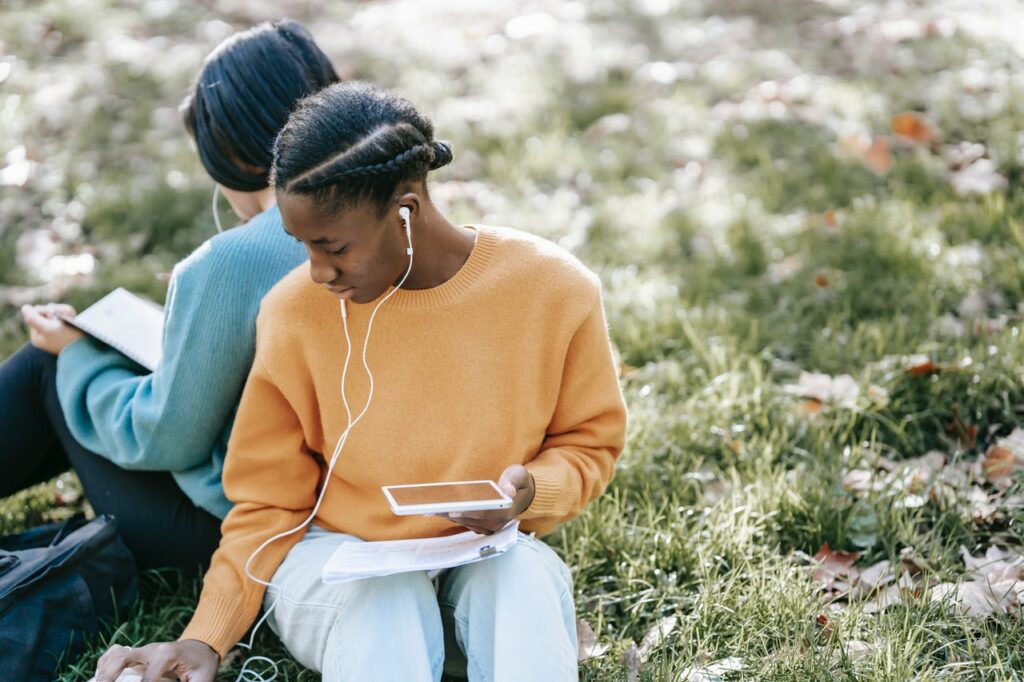