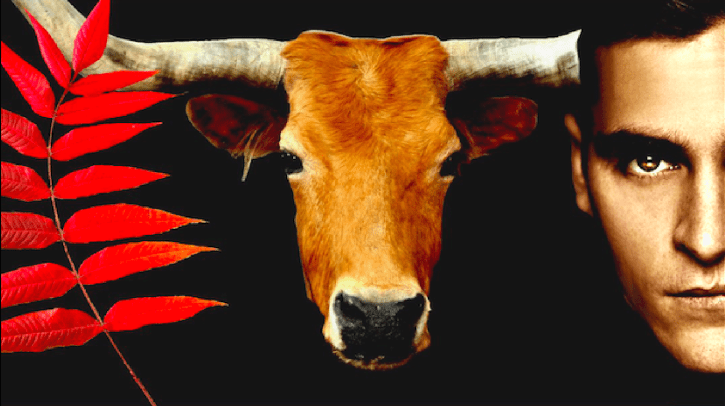 Some people become vegan for ethical reasons, some do it because of the environment, and others do it for their health. The great thing about veganism is that all of the reasons are positive, and most vegans end up appreciating all of the benefits over time.

Personally, I changed because of the ethical reasons first and foremost, and I’ve since discovered some fantastic health and environmental benefits of becoming vegan.

It’s important to note that Maša and I became vegan overnight. There was no gradual process. We committed to it on the spot. In fact, on the same day that I turned vegan, I ordered a large chicken kebab, to go along with fries which were drenched in chicken salt. I enjoyed every last bite of it. Little did I know that later that evening, I would never eat that kebab again.

I made this impulsive decision all because of a film I watched. In just under two hours, this documentary completely changed my relationship with food.

Like most of us, I was utterly disconnected from where our food came from. I never thought twice about how my popcorn chicken was made. I just ate it blindly.

But now things are entirely different, as I can see much clearer now, and today I want to share my thought process behind deciding to no longer consume animal products.

Here’s my journal entry from the day I became vegan.

I naturally wanted to resist and reject veganism

I’ve flirted with the idea of going plant-based in the past but never really paused to think about the humane side of things. I mean, who wants to know how animals get slaughtered when you’re trying to eat a juicy slab of meat?

This type of ignorant thinking had blinded me for 26 years of my life. Every time Maša wanted to show me an article or a film about animal cruelty, I would deny her, as deep inside, I didn’t want to know. I couldn’t handle it.

But one day, I took it upon myself to learn more about how we treat animals. Firstly, I researched other people online who were already vegans. I read a few Zen Habits articles to get me started, which then lead to a few youtube videos.

I stumbled upon an Ellen Degeneres interview, where she talked about her transition to veganism. She said that everything changed when she watched a documentary called EARTHLINGS, which is narrated by Academy Award nominee Joaquin Pheonix and also featured music by platinum-selling recording artist Moby. Both artists are vegan.

The host asked Ellen whether she had seen Food Inc. in which her response was, “Oh yeah, but it’s like a Disney movie compared to EARTHLINGS.”

This one statement raised my eyebrows, and I knew I had to investigate further. I mean, come on, it’s Ellen! Maša and I had seen Food Inc. before so I was curious at this stage.

I found the trailer for EARTHLINGS and read the reviews. By all accounts, this was a no holds barred approach to animal cruelty.

The documentary was described by many as a horror film, but the only difference is, it’s real! At this point, I was pretty freaking nervous.

I called Maša to see if she was keen to watch it. She Facebook messaged me later on in the day to say that she had watched the trailer and didn’t know if she could get through it.

But much to my surprise, she mustered up the courage to sit through the documentary with me. And to be honest, I’m so glad she did, cause I don’t think I would’ve been able to get through it without her.

The film is broken up into five categories; domestic, food, clothes, science and entertainment. These are all of the areas in which humans take advantage of animals.

What got me straight away was the concept of speciesism. This concept draws comparisons to social discrimination, including sexism and racism.

The idea is that we used to (and still do) treat each other with ultimate disrespect. However, at some stage, the humans being discriminated against were able to stand up for themselves.

Unfortunately, we can’t say the same thing about animals. These are helpless beings who are being treated like slaves as we use them for our own human needs. And unlike humans, they don’t have a voice or the intelligence to fight for themselves.

The documentary showed us the ugly truth and gave us some much-needed perspective. For Maša, it was more about reinforcing her beliefs as well as addressing some areas of veganism she had not yet considered.

For me, it was a complete mind f*ck. I quite like animals and to see them be treated like shit hurt me. The constant slitting of the throats, lack of space to live, scared look on the animal’s faces was a bit much for me.

Having said that, I still believe that if you live in the jungle and you absolutely need to kill a wild animal to survive, I say go for it. But only if it was a matter of life and death.

But if you’re sitting on your ass and buying meat and dairy because it’s convenient (when we have a ton of alternative options), that’s not cool.

At the end of the day, as much grief as we give these large food corporations, they are hustling to meet the demands of the consumer, which means slaughtering billions of animals to meet the needs of us — simple economics.

So we have a choice. We really do. And organic grass-fed meat isn’t enough. Animals should be left alone and have the same opportunity as humans do. Let them go on to make their own mistakes on their own terms. Don’t take advantage of them just because we’re “on the top of the food chain.”

Looking back on the transition to becoming vegan overnight

There’s so much we’ve learned about this lifestyle, and we continue to learn every day.

It’s been challenging at times, for sure, but every time we feel like we’re about to fall off, we think back to the night we watched EARTHLINGS, and there’s just no way we can go back.

After some time, things get much easier. You start finding places to eat out, you learn how to inspire others through actions, not through preachy words, you find even more beauty in whole plant-based foods, and you start naturally connecting with others who share the same passion.

Overall, it’s been a great experience. It feels good to know you can eat amazing healthy food without compromising the livelihood of the animals in our world. So far, we wouldn’t change a thing.

What about you? Have you had a similar experience, or something entirely different? Share your thought process in the comments below.