Why You’re Struggling To Stay Vegan 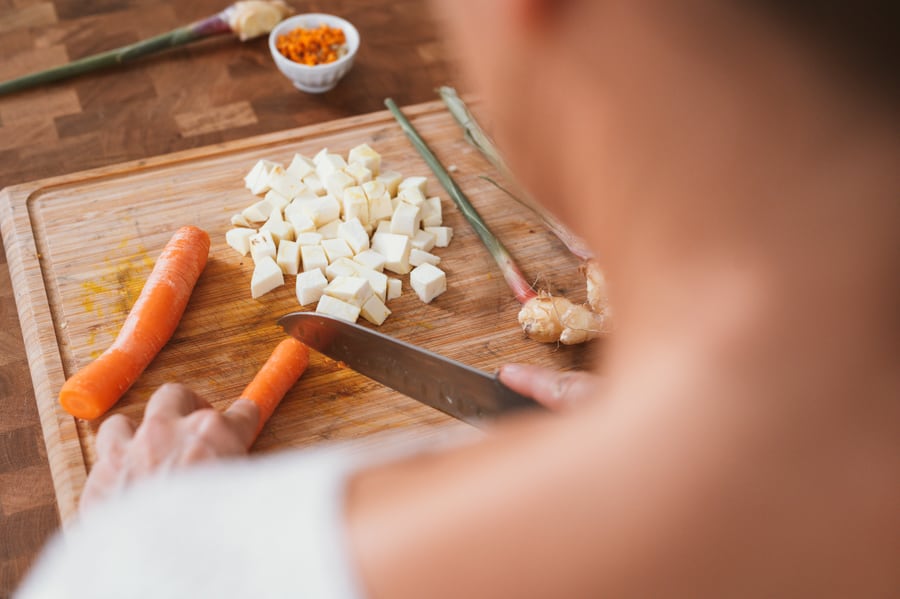 Veganism isn’t a switch. It’s a series of choices that form part of your subconscious. It’s an identity, not a temporary experience.

Yet, 84% of vegetarians/vegans abandon their diet. That’s a mere 16% success rate. Not super comforting numbers for the animals.

So why do most people struggle to stay vegan?

It comes down to doing it for the wrong reasons, having the wrong expectations, lack of support, knowledge and skills—which we’ll break down in more detail below.

Note we’re not judging others who are failing at veganism. In some ways, we’re all failing at living compassionately. We’re hoping that you can relate to some of the examples that may be holding you back.

We appreciate that everyone’s situation is different, and any progress is progress in the right direction. So let’s celebrate and reward any genuine attempts to be vegan.

If you like podcasts, we recorded an episode about why people stop being vegan.

Now, let’s break down these barriers that may be preventing you from staying vegan and hopefully increase the overall success rate of veganism.

You started a vegan diet purely for health reasons

A whole foods plant-based diet’s health benefits are well documented, helping to reduce heart disease, some cancers, type 2 diabetes, and even aid weight loss (although this is not always the case).

Generally speaking, health is the easiest way for omnivores to see why someone would choose a vegan diet. Culturally we love to debate the effectiveness of different diets—while simultaneously refusing to acknowledge what happens behind closed doors in factory farms and the like.

Choosing veganism for health reasons is a great way to get started. However, it can easily be the culprit for dropping off.

It’s like going to the gym. How many of us are really committed to going 3-4 times a week? Or eating healthy? We all have our slip-ups and indulge in pizza from time to time.

So if you’re choosing to be vegan for health reasons, it’s worth exploring beyond the nutritional benefits. Add some documentaries to your watch-list like Cowspiracy, Dominion, Unity or even A Plastic Ocean. Read books on veganism—ours is a great start.

When you become connected to the atrocities of mass-scale animal exploitation, it makes it that much easier to say no to animal consumption over time.

On the contrary, if you become vegan with the hopes of becoming healthier but are still eating the same types of foods you were before making the transition, you’ll quickly learn that you can still be a junk food vegan.

So, stick to a whole foods diet with lots of fresh (organic if possible) produce, and you’ll start to see the health benefits of being vegan.

Note: we acknowledge that certain health conditions make it very difficult/impossible for people to follow a strictly vegan diet. This section is for folks that have chosen to eat plant-based with the priority of optimising their health.

Your friends and family don’t support you

This is probably the main reason why people don’t stay vegan. Relationships and food is such a big part of everyone’s lives.

It can be exhausting, both physically, and mentally to be “the difficult one” who’s always requesting a separate dinner or having to cook different meals for yourself.

This constant friction can break you. It’s tempting to give up, keep the peace, and eat the same as everyone, animals on the plate or not.

There’s no getting around this—it’s hard to be vegan when your spouse, children, parents, friends, colleagues don’t want you to be. Below are some tips to help you stay strong in these situations.

It can be a traumatic experience when you have a strong passion for not eating animals and their by-products to then have to prepare it for others, but take comfort in knowing that you’re doing your part, and you should be proud!

Sometimes laziness gets the better of us. Before you know it, one poor choice leads to eating chicken two nights in a row and having a cheese and ham sandwich for lunch.

The best way to combat this is to plan. Think of all the places that offer vegan options for lunch during your lunch break, or pack in advance.

Apps like Happy Cow and abillionVeg are lifesavers if you’re stuck for ideas or aren’t familiar with the area.

If you struggle with food in general or you’re a little particular, ask the cafe or restaurant to make something off the menu. Most places are happy to do it if they get notice or you request ingredients to be put together that they already have in other dishes.

Once you get more experience and educate yourself on the abundance of vegan-friendly foods available, it’ll be easier to make the right choices.

No one said it was easy or pretty, but that’s the unfortunate reality we live in. Every time you purchase something, you vote with your dollar to reduce suffering to animals or keep it going.

You lack knowledge of a vegan lifestyle

As we’ve already mentioned, knowledge is critical to staying vegan. Awareness creates the why behind the interest that sparked this lifestyle, to begin with.

Watch, read, listen, talk to others, connect with like-minded people. It’s becoming more accessible to be vegan every day. More people are choosing veganism and for excellent reasons!

If you want to improve your physical performance, then read up on the best plant-based macronutrient profiles for your body type. Learn how to get a variety of protein sources from plants.

If you’re pregnant, join Facebook groups and other online communities where vegan mamas share their most useful experiences, tips and resources.

As the old saying goes, “knowledge is power”, and the more you have, the more motivation you’ll have to stay vegan. You can’t unknow what you’ve been exposed to.

You became vegan for the wrong reasons

Progress is progress—but if you became vegan because Miley Cyrus was vegan, I’m not sure how strong of a why that is. Yes, you may idealise her and think that she’s great, but again, if you don’t have a more profound reason, you’re unlikely to stick out veganism long term.

We also sometimes have expectations of what a vegan diet can do for us. Type in “vegan transformation” into Google or YouTube and spend hours seeing incredible health results

Whatever the reason, try to shift your focus away from what you can get from veganism and think about the moral obligation you have to exercise compassion to sentient beings and the planet.

When you have a deeper, more selfless perspective about veganism, the individual benefits become a by-product or even an afterthought—boosting your commitment along the way.

You’re struggling with what to cook

For those who don’t like spending time in the kitchen or tend to burn things to a crisp without meaning, I can completely understand that transitioning your lifestyle to avoid meat, dairy, eggs, and honey would be tough.

You may even enjoy being in the kitchen but have no clue what to cook now. We went through that period, and we ate veggie wraps for lunch for two weeks straight to get our heads around what foods and ingredients are vegan-friendly.

With so many cookbooks, recipe blogs, new products in mainstream stores, it’s hard to get stuck for ideas. Sure, five or so years ago, it would’ve been a different story, but today, information is abundant everywhere you look!

Start slow, introduce new meals when you feel like you have some basics down pat. Try new vegetables or cook ones you’re familiar with in different ways. Try different grains.

There’s always so much to experiment with and test out. Your only restriction is how far you’re prepared to take it. If you need some inspiration and guidance, we created a detailed beginners guide to vegan grocery shopping.

In our world, it feels like everyone is going vegan. This is by design. When we first became vegan, we sought vegan friends, colleagues, listened to vegan podcasts, read vegan books, watched vegan YouTubers and joined vegan communities.

We essentially created a protective vegan bubble to share our opinions and learn from other vegans safely.

However, what we found is if you hang out in this vegan bubble for too long, you start to think veganism is more prevalent than it is.

The reality is, consumerism and animal cruelty have never been at a higher level. This is not necessarily a bad thing, though. If anything, spending a healthy amount of time outside of your bubble has some significant benefits.

For one, grounding yourself in reality reconnects you to why you started your vegan journey. For example, go down to your local grocery store and do some people watching (in a non-creepy way). What are people putting in their baskets?

Watching people shop reminds us of a time where our priorities were strictly taste, convenience, performance and price. At no time did we consider the supply chain and the product source (death of an animal).

Seeing this in action reminds you of how most people still live today, and it should feel motivating to continue your cause.

Coming outside of your bubble also allows you to communicate better with those who don’t think the same way as you. Nothing brings down walls of communication more than being able to put yourself in the shoes of others.

To do this effectively, you must put yourself in situations or interactions where people have opposing views. From there, we can learn about each other and even see the flaws in our own journey.

So here’s where we suggest. Use your vegan bubble as your safety net to develop your new identity. However, once you’ve adjusted to your vegan lifestyle, it’s crucial that you stay grounded in what’s happening in the world.

Have you struggled to maintain a vegan lifestyle?

We recognise that we’re all in different situations, and we’d love to hear why you’ve struggled to stay vegan. Was it for the same reasons discussed in this post or something else altogether? Let’s get a positive discussion happening in the comments below and learn from each other.

26 thoughts on “Why You’re Struggling To Stay Vegan”