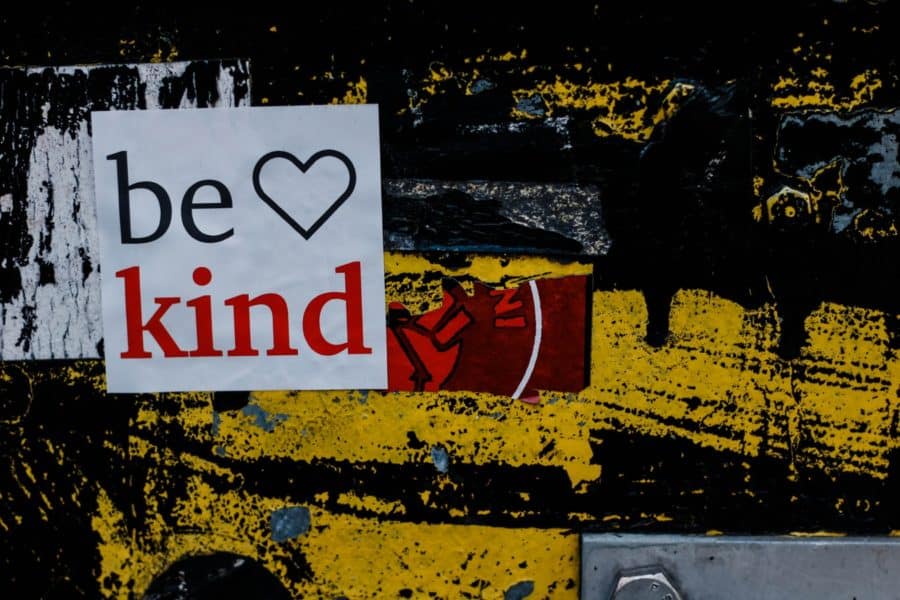 I never thought I’d be writing an article about the definition of veganism—but recently I’ve felt compelled to reconnect and clarify what it means to be vegan.

My transition into veganism happened overnight, and I haven’t looked back since. However, the longer I’m vegan, the more I see how the philosophy is being compromised.

Before I go on, I should make it clear that I’ve long been a supporter of “any progress is good progress”—if that means eating plant-based a couple of times a week, then sure, more animals are saved, and I’m all for that!

However, if we claim to be vegan, and our actions don’t match our values, that’s where I take some issue. It’s not to put people down. No, that’s not compassionate at all. It’s about the confusion it creates to others about what it means to be vegan.

Examples of confusing actions include consuming backyard eggs, alcohol made using animal products, honey with their oats, buying leather shoes, supporting animal-based entertainment etc. This is not to mention the recent flurry of online influencers who abandoned veganism for health reasons.

All of these actions, combined with the title of “I’m vegan” is incredibly confusing for the non-vegan community.

The impact of confusing the definition of veganism

I had an interaction recently when ordering food at a cafe where the assistant had to clarify whether I don’t want eggs or honey, despite me saying I’m vegan.

The poor girl was genuinely confused—as she’s served people that claim to be vegan and then proceed order animal products. Her definition of veganism is based on these interactions, which gives her the wrong perception of what it means to commit to the practice of compassion.

This is just one of many examples where the message of veganism is being watered down. And that’s not okay—because it means so much more than that.

At the end of the day, veganism is a choice. Either you’re committed to it, or you’re not vegan. And it’s okay not to be a vegan—I mean, I’d prefer you to be vegan, but again, it’s a choice.

I’m increasingly passionate about this definition because I believe veganism has some serious weight behind it.

People are trying to devalue veganism

Mass media portrays veganism as a fad, or a trend—that’s based on individuals, and what they want—not the impact of their actions. Each year seems to be “the rise of veganism”.

Startups and major corporations alike are seeing veganism as an emerging market with billions of dollars up for grabs.

Then there’s a bunch of people promoting plant-based as this all-encompassing lifestyle that can transform your health. While there’s some truth to the benefits of a whole-food plant-based diet, it’s not fundamentally the point of veganism.

Veganism is a philosophy ingrained in the idea of compassion towards animals. I find it hard to believe that a philosophy with such an altruistic view of the world, is a trend. I’m not buying it!

I know this to be true because I see it in vegans who understand what it means to be vegan.

Their transition into a vegan lifestyle seemed straightforward to them. Challenging at times, sure, but pretty simple to execute.

I find them to be naturally curious about the world. And they practice selflessness even if it means acting against their introverted nature. People who get veganism, move, talk, and more importantly act in line with their values.

There’s a different level of conviction in how they operate. There’s no hesitation to explain why they make the choices that they make—as they know it’s not about them.

If you’re interested in becoming vegan, or have been vegan in the past, or are vegan and want validation, then hang tight—because, in this article, I’m going to break down the origin and definition of veganism, to hopefully extend and refocus the message and what it means in our society.

It starts with vegetarianism

To understand how veganism came to be, we need to start with vegetarianism.

I should also say that since the beginning of humankind, it’s safe to assume that there have always been people who chose not to consume animals—at least, that was their preference.

Then came along Donald Watson who in 1924, at the age of 14, became vegetarian because he was horrified at what he saw on his uncle’s small farm. One day he would see a pig that he loved, then the next day the pig would be gone.

Donald became increasingly frustrated with the philosophy of vegetarianism which was initially intended to embrace freedom from all exploitative animal products but came to include eggs, cows milk and honey.

So he officially became vegan, which at the time was called a non-dairy vegetarian, in 1942, at 32 years old.

He later formed The Vegan Society in 1944. Good man!

Where did the word vegan originate from?

Donald wanted a more concise way to describe a non-dairy vegetarian. At the time, he individually wrote and edited a vegetarian news publication.

He wrote a piece with a call to action for his readers to brainstorm some ideas for a concise definition of a non-dairy vegetarian.

Some interesting submissions came rolling through, including; vitan, dairyban, and benevore. I wonder what names we would think up in this generation? Very interesting!

But understandably Donald wasn’t a fan of the submissions and ended up taking the first three letters and last two letters of vegetarian and coining the term vegan.

His reasoning was he felt that veganism starts with vegetarianism and carries it through to its next logical conclusion.

The definition of veganism

Between the inception of The Vegan Society and today, there have been multiple iterations on the definition of veganism.

According to the Vegan Society, veganism is:

A philosophy and way of living which seeks to exclude—as far as is possible and practicable—all forms of exploitation of, and cruelty to, animals for food, clothing or any other purpose; and by extension, promotes the development and use of animal-free alternatives for the benefit of humans, animals and the environment. In dietary terms it denotes the practice of dispensing with all products derived wholly or partly from animals.

For the purpose of this post, I want to focus on the section I’ve bolded above. Here’s my simplified version:

Veganism is seeking to exclude all forms of exploitation of, and cruelty to, animals for food, clothing or any other purpose.

As a vegan, I think this definition does a fantastic job in encapsulating the philosophy of compassionate living. But I’m about to take this post in perhaps a different direction than what you expected—because buried in this definition of veganism we can derive even more meaning.

What is an animal?

Okay, if you’re like me, you probably quickly answered this question in your head based on your intuition and your domain knowledge on what you think an animal is.

As it turns out, if you google, “what is an animal?”, depending on the source, there are a variety of studies and definitions.

But the reason why I ask this question is less about the definition of an animal, and more about whether we think humans are animals.

Personally, based on schooling, watching, reading and listening to collective opinions, and of course, my own logical conclusions, I believe humans are animals.

If we stay in this position for a moment, and we agree that humans are animals, the definition of veganism just got a whole lot more interesting!

Incorporating humans into the definition of veganism

I hear it all the time—“Vegans should prioritise human rights over animal rights.” This statement always makes me quiver.

Even if we decided to define humans and animals separately, I find it hard to see how it’s not possible to be vegan and still prioritise human rights? Why should one preclude the other?

If humans are animals, then the definition of veganism extends to humans.

The way I see it; exploitation and cruelty to any sentient being is not a good thing. Wouldn’t you agree? For example:

These are just a few horrific examples of many. I think it would be depressing to list all of the ways we exploit and abuse each other.

But what do you see as a common thread in these examples? Superiority. Ones desire to rule over the other.

I intentionally lumped human and non-human examples together—because if we remove the idea that we’re superior to animals, why wouldn’t we consider these examples at the same level?

This is what it means to embrace the vegan philosophy.

The superiority complex is real. Animals want to dominate other animals. But veganism is arguing that we have a choice to do things differently—to set a compassionate tone, which brings me to the next point.

Veganism is a choice

When you’re vegan, and you engage with non-vegans, you start seeing a pattern. People think that vegans are living with extreme restriction and deprivation.

Just because we can technically do something doesn’t mean we should.

Human, or non-human, we have the choice to show mercy and compassion to others.

We all have a choice.

Yes, you. If you’re reading this article, you have enough resources available to you that make veganism a choice, not a necessity.

Most of us choose not to kill each other. It’s a choice.

Similarly, there’s a growing population that chooses not to consume animals. Again a choice.

But it all comes from the same philosophy of compassion. Why compartmentalise, scrutinise and argue an ideal that is so kind and considerate to everyone?

What would a world look like if we didn’t think we were superior to another culture, race, sex, country or animal?

It’s almost impossible to believe, isn’t it? And that’s what we’re up against — a whole history of wanting to gain an advantage over one another.

What it means to be vegan

So when I say I’m vegan, it’s way beyond eating plant-based, with the occasional organic honey or backyard egg.

No, when I say I’m vegan, I’m seeking to exclude all forms of exploitation of, and cruelty to, animals for food, clothing or any other purpose.

We talk about equality. But what does that mean really? Equality for a segment of our population that’s only relevant to the pain-points of your specific situation? Or equality for all living animals, human or non-human?

This really matters to me. I don’t want to harm other animals. It’s a choice that I can make, and I act on it. It’s not nice to do bad things, period!

I hope after reading this, you can find the courage, vulnerability and humility to put every animal on a level playing field. Then act on it. Show others what it means to feel, think, and be compassionate. That’s what it means to be vegan.

Special mention to Colleen Patrick-Goudreau for providing inspiration and education about the definition of veganism.