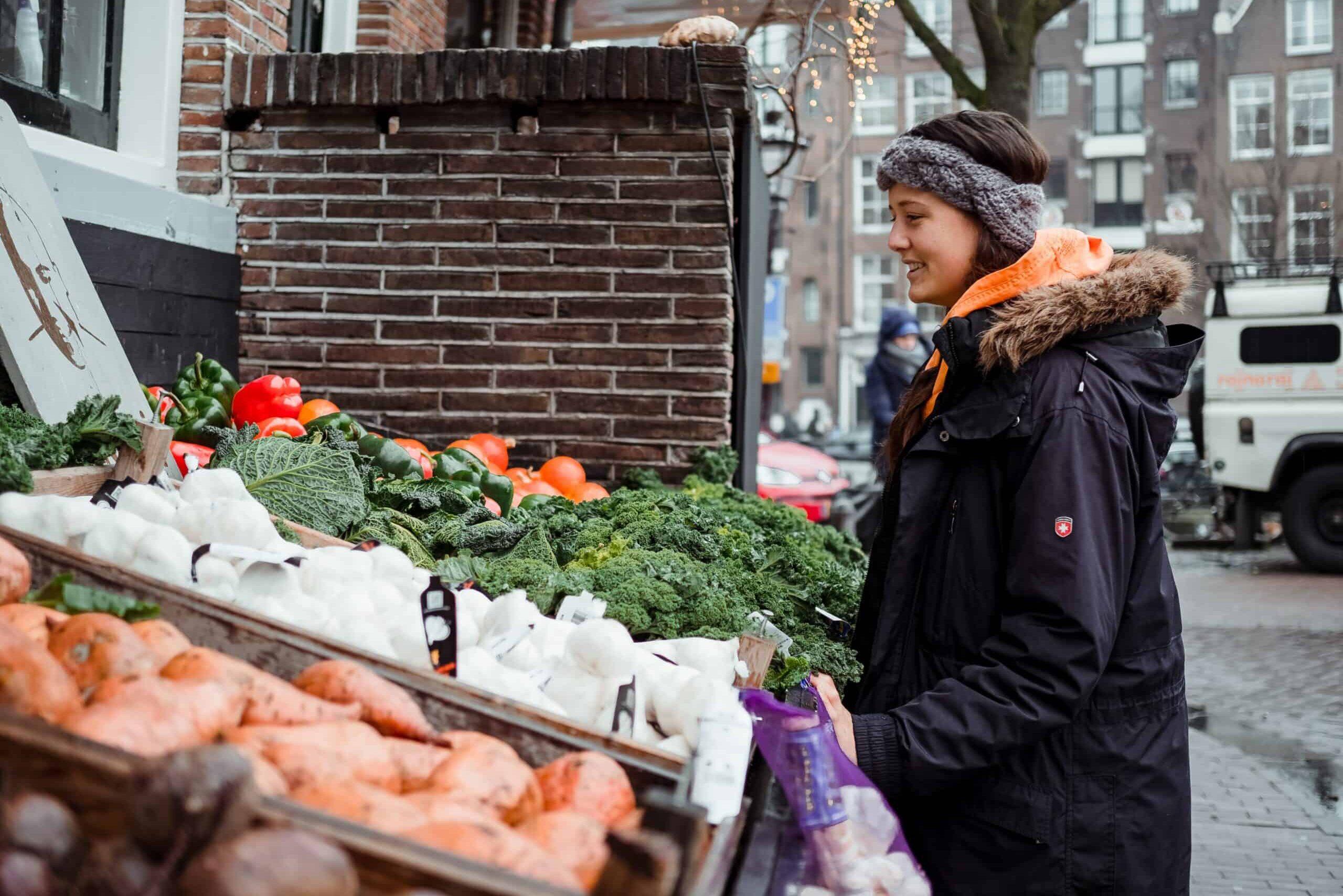 Unless you’ve been living under a rock, you’ve probably noticed an increase in people who identify as vegan or vegetarian.

Labels and identification are dominating society as our cultures evolve and expand. It’s confusing, I know.

But what do those labels mean, exactly?

What started as a singular concept of vegetarianism, coined by the Greek philosopher Pythagoras of Samos around 500 BCE, has progressed to many subsets, including veganism.

In this post, I’m breaking down the 12 different types of vegans and vegetarians to help make things a little bit clearer.

I hope this information will help you get involved with vegetarianism or veganism or at least help when engaging with folks who adopt these lifestyles.

I fully expect that more subcategories will emerge in the future, so I’ll keep this post updated to capture the changes.

Okay. Let’s jump in starting with my preference, veganism.

An ethical vegan is someone who not only abstains from eating all animal products but also eschews the use of any goods produced through animal exploitation. This includes leather, wool, silk, feathers and cosmetics that have been tested on animals.

Ethical vegans also avoid supporting businesses that contribute to animal suffering, such as horseriding, elephant tours, or selling tickets to dolphin shows. Instead, they seek companies that are committed to animal welfare.

With trillions of marine and land animals slaughtered each year for human consumption, ethical vegans aim to live in a way that significantly reduces harm to sentient beings. As a result, this philosophy extends beyond diet and into all aspects of life.

Excitingly, with so many vegan-friendly options hitting the shelves globally, it's never been easier to go vegan.

Environmental vegans, also known as eco vegans or sustainable vegans, seek to minimise the negative impact of their lifestyle on the environment. To do this, they avoid foods that require a lot of resources to produce, such as meat and dairy.

According to a 2020 study from IDTechEx, the meat industry is highly unsustainable as animal livestock occupies excessive land. Only 17% of calorie consumption comes from animals despite using a whopping 77% of the agricultural territory. The math doesn't make sense.

Environmental vegans also try to eat locally grown food and avoid wasting food. In addition, ecological vegans may choose to live a low-impact lifestyle, for example, by cycling or walking instead of driving.

While veganism is fundamentally seen to reduce animal suffering, environmental vegans believe that it can also help protect the planet, and I'm all for it.

A dietary vegan abstains from eating all animal products, including meat, dairy, and eggs. However, they don't necessarily avoid using other animal-derived products, such as leather or wool.

For dietary vegans, the main motivation for avoiding animal products is health-related. These health-conscious vegans generally consider themselves plant-based.

The term "plant-based" refers to a diet that focuses on consuming vegetables, fruits, grains, and other plant foods while minimising or eliminating animal products for health benefits.

For instance, plant-based diets have been shown to lower blood pressure, cholesterol levels, and the risk of heart disease. In addition, plant-based diets are typically richer in vitamins, minerals, and antioxidants than other diets.

However, it's essential to note that not all plant-based diets are healthy. For example, a diet that consists mainly of processed foods, such as white bread and French fries, would not be considered a healthy plant-based diet. You can easily be vegan and live off junk food.

While ethical vegans avoid all animal products on principle, plant-based individuals may be more willing to compromise on some issues, such as using honey or wearing leather shoes. Their primary focus is on health and nutrition rather than animal welfare or the environment — although these usually end up becoming motivations.

A raw vegan does not eat any animal products or cooked food. They only eat raw fruits, vegetables, nuts, and seeds.

Raw vegans believe that eating raw foods is the best way to get all the nutrients your body needs. They also believe that cooking food destroys nutrient value and makes food more difficult to digest.

These folks are dietary vegans, but I thought they deserved their own category with what many would consider a strict diet.

While a raw vegan diet may not be for everyone, it can have some health benefits, such as improved digestion and more vitamins and minerals in the diet.

A religious vegan believes that it's wrong to harm animals and therefore follows a vegan lifestyle as a matter of spiritual principle.

The most common type of religious veganism is Jainism, which originated in India. Jains believe that all living beings have a soul and that we must respect all life. As such, Jains are strict vegetarians, and many also choose to live a vegan lifestyle to avoid harming any animals.

Jainism prohibits the consumption of meat, fish, and eggs because it's based on a concept of nonviolence (ahimsa). Every action that helps kill or harm another person is regarded as an act of violence (himsa), which produces negative karma.

Jain cuisine is vegetarian food that avoids insects and microorganisms. This is done to protect them. Jains also avoid root and subterranean veggies such as potatoes, garlic, onion, and other similar plants because they might injure the little creatures.

Other types of religious veganism include Buddhist veganism and Rastafarian veganism.

While there's no one correct answer when it comes to spiritual diets, these are some of the most common examples that overlap with the principles of veganism.

An ostrovegan is a person who avoids all animal products, except for oysters and other bivalves.

While the term is not widely used, it has gained traction in recent years as more people have become interested in plant-based diets.

The main reason for excluding oysters and other bivalves from a vegan diet is that they are animals; however, some ostrovegans argue that these creatures are not sentient and therefore do not deserve the same ethical consideration as mammals or birds.

Oysters are filter feeders that eat by drawing water into their bodies and straining out microscopic plants and animals.

They're considered a delicacy and are commonly eaten raw, shucked straight from the shell. They're also farmed and hunted for pearl production.

Vegetarianism is the practice of abstaining from meat consumption and may also include abstention from by-products of animal slaughter. Vegetarians omit fish, poultry and meat from their diets but allow dairy and eggs.

Similar to veganism, there are various reasons why people may choose to adopt a vegetarian diet, including:

A Lacto-vegetarian is a person who abstains from eating red or white meat, fish, fowl, and eggs but does consume dairy products such as cheese, milk, and yogurt.

The word "Lacto" comes from the Latin word for milk. Thus, a Lacto-vegetarian is someone who primarily consumes a plant-based diet with the addition of dairy products.

While there are many reasons people may choose to follow a Lacto-vegetarian diet, one of the most common reasons is health.

An ovo-vegetarian doesn't eat red or white meat, fish, fowl or dairy products. However, they do consume egg products. Ovo-vegetarians are sometimes also referred to as eggetarians.

Ovo-vegetarians get their protein from plants, tofu, eggs and nuts. They may also eat honey.

For some people, becoming an ovo-vegetarian is based on ethical or environmental concerns. Others may choose this diet for health reasons or simply because they prefer the taste of eggs over meat.

Read more: Is It Okay For Vegans To Eat Eggs From Backyard Chickens?

Pescatarians are individuals who restrict their meat consumption to fish and seafood only. While technically not vegetarian, pescatarians don't consume red meat, white meat or fowl.

As the debate over whether fish should be considered meat or not continues, most pescatarians consider themselves to be vegetarian as they do not eat any land animals.

When it comes to ethical considerations, marine animals get the short end of the stick. Fishing, both wild-caught and farmed, creates pain and cruelty towards sentient life and has significant ecological consequences.

The pescatarian diet is often considered to be a “semi-vegetarian” or “flexitarian” (more on that later) diet as it allows for some wiggle room in terms of what types of meat can be consumed.

A pollotarian diet restricts meat consumption to poultry and fowl only. Pollotarians don't consume red meat or fish and seafood. This type of diet is not officially considered vegetarian, as it does allow for the consumption of animal products.

While pollotarians are typically motivated by health concerns, they're not as committed to animal welfare as vegetarians and vegans.

For instance, pollotarians are less likely to boycott companies that engage in animal cruelty, support legislation protecting animals, or participate in animal activism.

For example, a flexitarian might order a veggie burger at a restaurant and be open to eating chicken occasionally. But more commonly, they'll eat meat only a few times per week.

While there are no hard and fast rules about what flexitarians can and can’t eat, the general goal is to minimise meat consumption for health and ethical reasons.

The different types of vegans and vegetarians

There are many types of vegans and vegetarians, each with their own motivations for choosing this type of diet.

Whether you're motivated by ethical concerns for animals, environmental sustainability, personal health, or something else entirely, there are plenty of delicious plant-based dishes to choose from.

If you're looking to reduce your meat intake but aren't ready to go full vegan or vegetarian, consider trying a flexitarian diet. There's no reason not to try vegetarianism or veganism with so many options available.

What type of vegetarian or vegan are you? Let me know in the comments below.